Francisco Martinez moved from Mexico to Denver, CO at the age of five. Ever since childhood, he was intrigued by technology. Francisco grew up in the tough West Denver projects navigating through life’s challenges and figuring out how to stay out of trouble by using Art and Technology.

Entrepreneurship is in his blood; in Elementary school, he began selling his artwork to his fellow peers. By the age of 12, he began working at Auraria Campus at Arts-Street as a Graphic Design Artist on RTD’s website.

Francisco eventually became the first in his family to graduate from College. Francisco has always had a passion teaching kids the power of Art and Technology; he spent 4 years traveling the US working at Universities such as DU, UCLA, Princeton and CSU teaching Game Development. After those 4 years, Francisco was given the opportunity to work at a new Denver Charter School where he began his journey to learn how technology in schools and non-profits operated. In 2015, he founded SimpleFly Tech, an IT Services company.

Francisco is happily married and has 2 crazy Boston Terriers. Other than technology, he enjoys spending time outdoors, riding his mountain bike and boxing. Francisco has served on the Re:Vision board and was a Mentor at Sheridan HS. 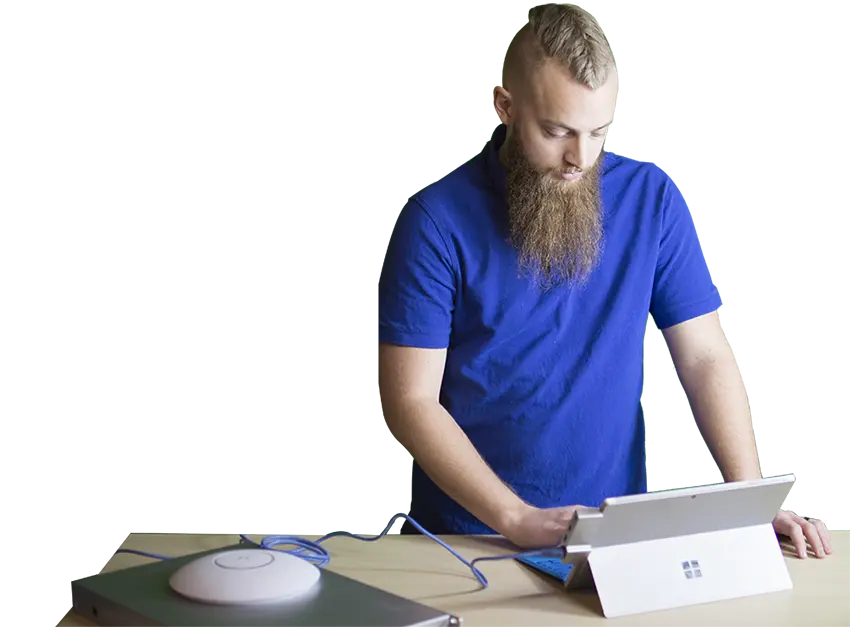 The SimpleFly team is committed to bringing the best solutions to the table, no matter your needs. We are here to out-perform and exceed your expectations.

We strive to make your network an afterthought for you so you can focus on what is important.